Alyssa Ness found her love for dance at the age of two when she began her dance career at Northland School of Dance in Champlin, MN. It remained her home away from home for the next sixteen years while she studied and competed in all forms of dance, including ballroom. 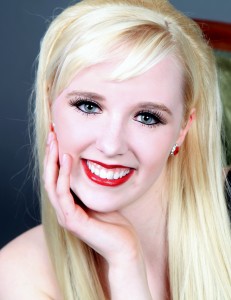 In 2008, Alyssa had the opportunity to perform with her dance school at the Olympic games in Beijing, China. When she was not traveling with her studio, Alyssa attended ballet summer intensives such as American Ballet Theater, School of American Ballet and the Joffrey Ballet on partial to full merit scholarships.

In 2009, she was offered a full scholarship to attend the Bolshoi Ballet in Russia as well as a place in the Joffrey Ballet School in NYC. Deciding it was in her best interest to train at her home studio, she attended Saint Paul Conservatory for Performing Artists in St. Paul, MN, adding modern and African dance to her training. She continued to earn numerous titles and scholarships at dance competitions and workshops and in 2011 she was awarded West Coast Dance Explosion’s National Teen Elite Dancer. That same year she was also a finalist in Dance Spirit magazine’s Cover Model Search.

In 2013, Alyssa was awarded New York City Dance Alliance’s National Senior Outstanding Dancer, toured with the faculty and assisted classes on their national tour, and was awarded a full year of classes to Steps on Broadway and Peridance in NYC.

Throughout the years, Alyssa has had the opportunity to perform in Capezio’s 125th Anniversary Celebration hosted by Nigel Lythgoe, NYCDA’s Bright Lights Gala honoring Mikhail Baryshnikov, Liza Minnelli, and Catherine Zeta Jones, as well as assist the top choreographers of the nation. Alyssa is currently calling New York City her home as she attends Marymount Manhattan College on scholarship, studying for her BFA in dance and minoring in business.